I came across this very cool map released by NASA that uses satellite imaging to calculate the height of the various forest canopies around the world (click to enlarge): 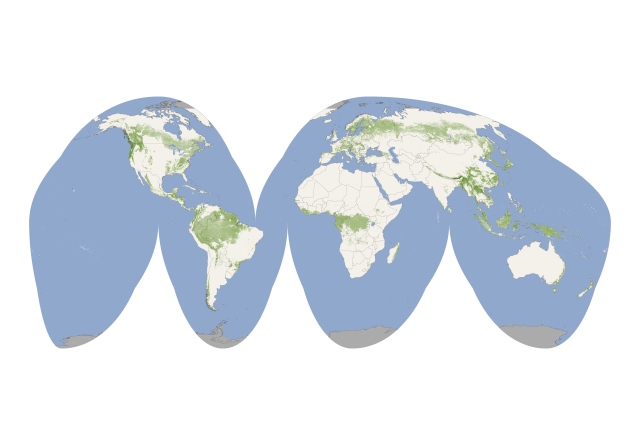 One thing that pops out is that the tallest forests in the world are in the Pacific Northwest of North America and in southeast Asia. However, there were two things that struck me as I was looking at this map. First, if you look  at southeast Asia you will notice that Thailand –compared to the neighboring countries of Cambodia and Laos– has very little forest land. And the contours of the forests in the area almost exactly match the borders of Thailand. At first I assumed it was some sort of natural feature that demarcated the forest’s edge and that was what was used to define the countries borders. But after some in-depth research (five minutes in Wikipedia) I learned that it is actually due to deforestation. Apparently since 1945 and the mid eighties, Thailand lost over half of its forest due to poor government regulation, illegal logging and conversion of land use to large-scale agriculture. I know this happens all over the world, but the contrast with neighboring countries is what struck me. It’s a striking example of human impact on the geography of the planet. The second thing that struck me about the map, was that compared to most of the world, the northeast United States has a very respectable amount of forest, despite being one of the more densely populated areas in the country. This wasn’t always the case. If you look at the graphic below, you will see that since Europeans first settled here there has been a huge amount of deforestation and loss of old-growth forest (click to enlarge): 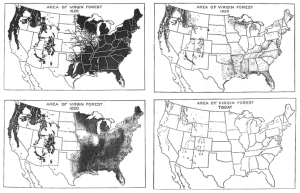 Fig. 2. Loss of old-growth forests in the United States since 1620. (source: English Wikipedia)

Deforestation due to logging and to clearing land for agriculture reached its peak in the 1870’s before agricultural production started to move west. According to the Mass Woods Forest Conservation Program, the forest cover in Massachusetts is now over 60%. This is apparently comparable to the level of forest cover around the time of Thoreau. I know that this is not old-growth forest, and that old-growth forests promote biodiversity, but at least its something. It is estimated that most forests in the northeast are about 80 years-old, so in a few generations they will become old-growth forests. It’s pretty cool to hike around New England and come across ruins of old colonial stone walls, which delineated farmland a hundred years ago, running aimlessly through the forest (click to enlarge): 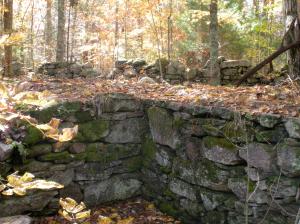 Fig. 3. Runis of an old colonial-era farmhouse and stone walls in New England.

So while we can actually destroy forest land, forests can also grow back, and if sustainable conservation efforts are maintained even highly deforested areas can come back. Hopefully this trend will continue. In the meantime, if its nice out this weekend, grab your family and friends and go for a hike! 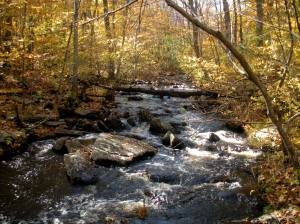 This entry was posted in Maps. Bookmark the permalink.